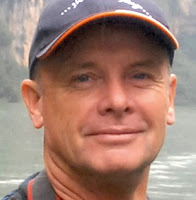 Writer/photographer John Borthwick is one of the most prolific travel journalists in Australia. John, who sometimes calls Sydney home. is the author of numerous travel articles, most illustrated by his own photographs, as well as books and travel guides.

He has been a full-time freelance writer/photographer for 14 years, during which he has published several thousand illustrated articles in both Australian and international publications.

John's professional awards include three first places and three runner-up citations in the annual Australian Society of Travel Writers' awards, including Australian Travel Writer of the Year in 1996 and for the Travel Photograph of the Year 2001. He is the author of numerous travel guides and books, the most recent being his collection of travel tales, Chasing Gauguin's Ghost (2002).